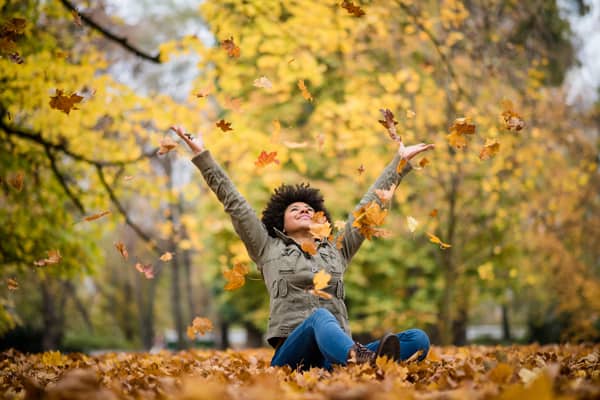 The temperatures are cooling. The air's getting crisp. Pumpkin spice lattes are back. That's right, we're slowly making our way out of summer and into another fall season, and with the change of season comes a shift in fundraiser ideas! With cooler (and sometimes inclement) weather in store and the kids back in school, there's a whole wealth of fundraising ideas out there to incorporate into your plans. Think of this as a push before the winter holiday season begins!

Here are three sets of tried-and-true fundraiser ideas for the fall season, no matter who your audience is or what you're raising money for:

It's a favorite holiday of many kids (and many adults, too!), and with fun-size candy and skeleton props creeping into stores earlier every year, you should definitely look to take advantage of the spooky Halloween spirit by running holiday fundraising events.

Haunted house: This one's a community favorite for a reason, whether it's to raise money for a school or to help a local company reach their fundraising goal. With so much technology available these days – from spooky sound files on a computer to fancy lighting options – you can have as many high-tech scares as you’d like. Or, you could go refreshingly old-school and make it like a haunted house of yesteryear with bowls of cold spaghetti and cackling witch-noises. Charge money for admission, and consider fundraising add-ons like bags of candy for $5.

Halloween costume contest: Another favorite of schools and offices alike, dressing up in costume on Halloween is a common tradition – so why not add a fundraising component to the mix? People can make a donation to participate in the costumed fun, and you could bring in additional donations by allowing non-costumed folk to pay to vote for the best costume in any number of different categories. This doesn't need to be limited to people, either - animal shelters could throw a Halloween costume contest for pets in order to raise money. This could either be a gathering at a local park for a parade, or a contest where people can submit photos of their pets in costume.

Pumpkin-carving contest: Get ready to get messy! Have participants make a small donation in order to take part in carving the best jack o’lantern they can, then put them on parade for everyone to see. You could even offer prizes for fastest carving, best design, spookiest look, and more. Sell off ballots to bring in more donations, and have coworkers/students/staff vote on which pumpkin should win in each category. Consider selling the best jack o’lanterns for additional donations!

We're giving this one its own category because while charity runs can happen all year round, the fall season brings a whole bunch of fun new themes (as well as much more comfortable weather to run in!). Also, there’s no beating a fall run through the colored leaves and sunshine.

Pumpkin run: The Great Pumpkin Run has spread across the nation as a concept, and we’re glad to see it – after all, how many times do you get to participate in a charity run while carrying a pumpkin? This event also features a number of different medals to win, celebratory drinks, and plenty of fun and unique twists. If you’re looking for a charity run idea that’ll definitely be one to make seasonal memories, grab some pumpkins and get ready to race.

Zombie run: While some spooktacular cities have zombie walks (also a great fundraising idea), you could make like 28 Days Later and have the zombies chase after runners instead. Recruit enterprising volunteers to dress up a zombies who then chase the participants as they run the course. It adds a fun and motivating twist to a typical marathon, and it can provide a ton of amazing visual content to promote a good cause.

Costume run: People like to dress up in fun costumes for charity runs all year long, and the fall is no exception (especially since it’s not so stifling when it comes to heat). If you’re looking to hold a marathon or fun walk in October especially, make sure it’s got a costume component – you could specify a theme (like superheroes or Disney characters), or just allow runners to wear whatever costume they feel most comfortable in.

Of course, the fall isn’t just about Halloween – there are a couple specific seasonal fundraisers that happen in the third quarter of the year, every year. If you want to participate in a fundraising event that’s already built and ready to go, we’ve got a couple picks you can contribute to.

Movember: The November event has become a popular tradition, where teams of men (and women!) participate to grow out their facial hair while raising money for prostate cancer awareness and research. Not only does it become a huge campaign, but it’s a hilarious way to build community spirit. If your office is looking for a fundraiser to take part in, it’s easy to register a team on the Movember website. Give it your own personal touch by handing out awards for longest moustache, best groomed, and so on.

Fasting Day: With Canadian Thanksgiving in October and American Thanksgiving in November, fall is the perfect time of year to remind ourselves not to take what we have for granted – and that includes our food. For a unique fundraiser, try hosting a Fasting Day – the 30-Hour Famine may be the best-known example of this fundraiser, but it’s easily adapted by any charity, especially for one that deals with food scarcity. Challenge participants to go a set number of hours without food, but provide entertainment and games to keep their minds off their hunger!

Although the year may be winding down, the fall just opens up more creative and exciting fundraising ideas for offices, schools, and communities as a whole. Whether it’s Halloween, Thanksgiving, or just a general autumn theme, you’re sure to find success in making this last fundraising push before the holidays!

Stay on top of industry best practices with our exclusive resources and expert advice.