How to Use 'Giving Levels' to Increase Donations 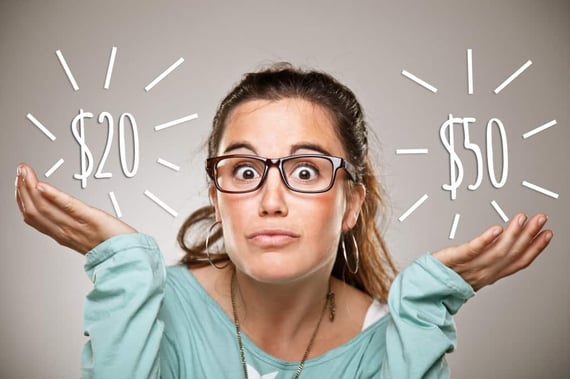 About a week ago, Beth visited the donation page of a coworker who was raising money for the Special Olympics. She had a set amount in mind that she felt she wanted to give, but when Beth got to the payment section of the site, she found suggested donation amounts and an “other amount” option.

After hitting the “complete transaction” button, she wondered why she had been compelled to give more than the amount she had in mind. Beth felt great about her donation, but was she curious - could seeing suggested giving levels on a charity donation page actually prompt higher donation averages?

According to research, and Beth’s personal experience, the answer to this question is a resounding “YES!”

The science behind why giving levels work

Humans are social beings, and it makes sense that we tend to take our decision-making cues from the actions of others - especially when it comes to philanthropy! Sugden’s reciprocity model and Vesterlund’s many theories support the idea that one person's contribution can be influenced by seeing how other people contribute.

In The Impact of Social Influence on the Voluntary Provisions of Public Goods, Jen Shang and Rachel Croson explore how society influences our giving when individuals are provided with different donation levels (or “social information conditions” as they call it). The results are interesting, to say the least!

The most significant finding from the study was a 12% increase in average donation amounts when donors were subject to “social information conditions”. Essentially, suggested giving levels were helping to tell donors what amount is “appropriate” to give.

Shang and Croson’s work also points out that that while social norms help motivate us, the choices we’re given must also seem relevant to us.

In other words, a donation form’s giving levels must be realistic, relevant, and specific to the fundraising campaign in question.

For example, if a charity is managing a fundraising walk and the average donation amount from last year was $20, it wouldn’t make sense to set suggested donation levels for $100, $200, and $300 dollars!

Unrealistic donation amounts could possibly turn donors off and prompt lower participation rates. A more realistic plan would be to start with amounts that are slightly higher than past averages. They’ll be far more likely to hit that donor “sweet spot”.

When you consider how suggested giving levels on a donation form help normalize what donors believe is an “appropriate” amount to give, it makes sense that Beth gave more than she originally intended.

If you’re planning to revamp your organization’s general donation form, or are thinking about adding suggested giving levels to a peer-to-peer campaign, here’s three key insights to consider.

Bottom line: When giving levels are integrated properly they can increase average donation amounts and help you meet or exceed the goals of your next campaign!

Want to take the guesswork out of suggested giving levels?

Learn how you can increase your average donation amount by 20%, and decrease your headaches at the same time! Download our The Incredible Power of Dynamic Donation Amounts eBook!