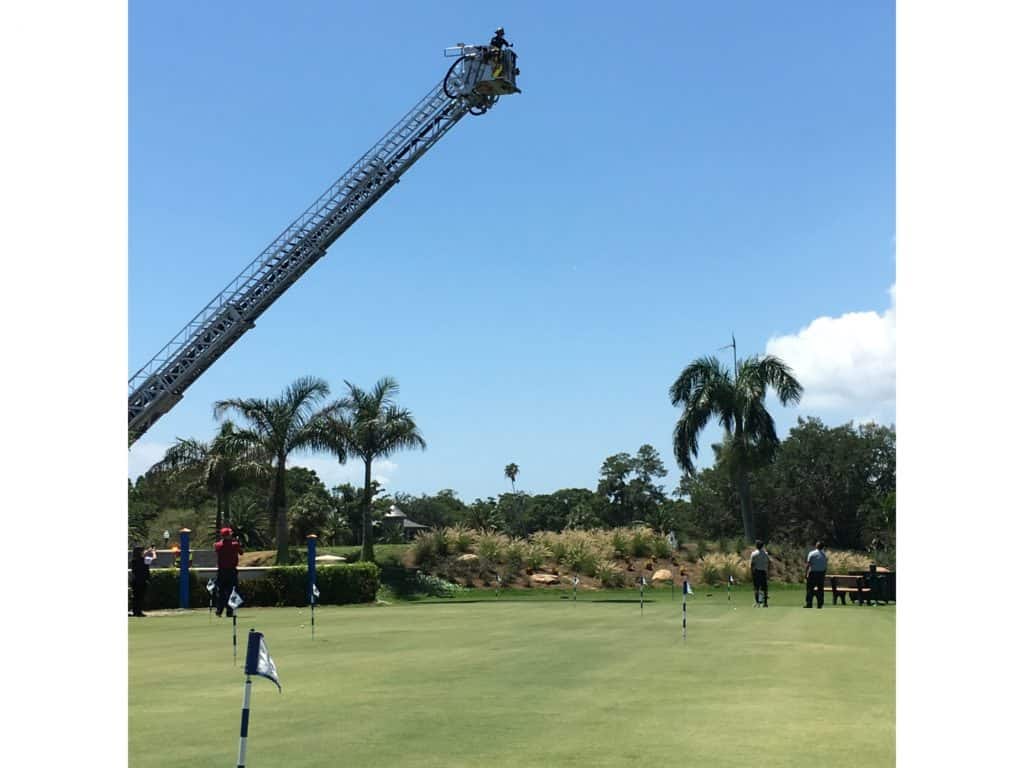 Marriott International does more than just provide quality accommodations across the country – they’re also the longest-standing corporate partner of Children’s Miracle Network Hospitals. Since 1983, Marriott International has raised $100 million for Children’s Miracle Network Hospitals through hosting events, running campaigns, and putting together creative fundraising events. They even go a step further and encourage their guests to donate their Marriott Rewards points to help families with accommodations when their children are receiving treatment at nearby facilities.

One of Marriott International’s annual fundraising events is their golf tournament and silent auction, which is powered by BiddingForGood (now part of the Panorama platform). As golfers take part in the event, they also bid on auction items – and this year’s auction raised around $40,000 before anyone hit the links, which was an impressive amount.

Speaking over email to Rebecca Waite, administrative assistant at Marriott International, Waite discussed this year’s goals for the event: “The goal this year was to make at least $30,000, which I knew would be attainable based upon the prizes that we had. Success to us is based upon funds raised, so I upped the goal for 2017 in my mind based on the increase catalog value.”

That catalog's value was a huge contributing factor to the success of this year’s tournament and auction, and the team made sure to use the platform’s messaging service to alert golfers about the auction items they were bidding on. There was some stiff competition from the bidding community, which was responsible for around 77% of the amount raised before the golfing even began!

Reception was a hot place to be at the event, where the auction planner sent out multiple messages to notify bidders of how much time was left on their auctions of choice. She also used the platform’s printed material to market all the auction items at the venue, as well as registering anyone who wanted to bid and using a quick sale portal to process raffle tickets.

Overall, Marriott International announced that they raised close to $200,000 from the event, and out of that amount raised, $40,000 came from the auction items posted on BiddingForGood.

“I was very happy with the way everything turned out,” said Waite. “I wouldn’t change anything – maybe I wouldn’t have quite so many prizes next year, but I solicit them all through my contacts and they were all free so I can’t complain! I love BiddingForGood and I cannot say enough good things about them. I would recommend this service to anyone.”

If you’re looking to replicate the success of an event like Marriott International’s, be sure to incorporate the power of your online auctions’s bidding community – you never know when your next record-breaking charity auction may happen.